Each ethical sapphire has an origin story - Learn more about ethical mining and traceability on our blog. 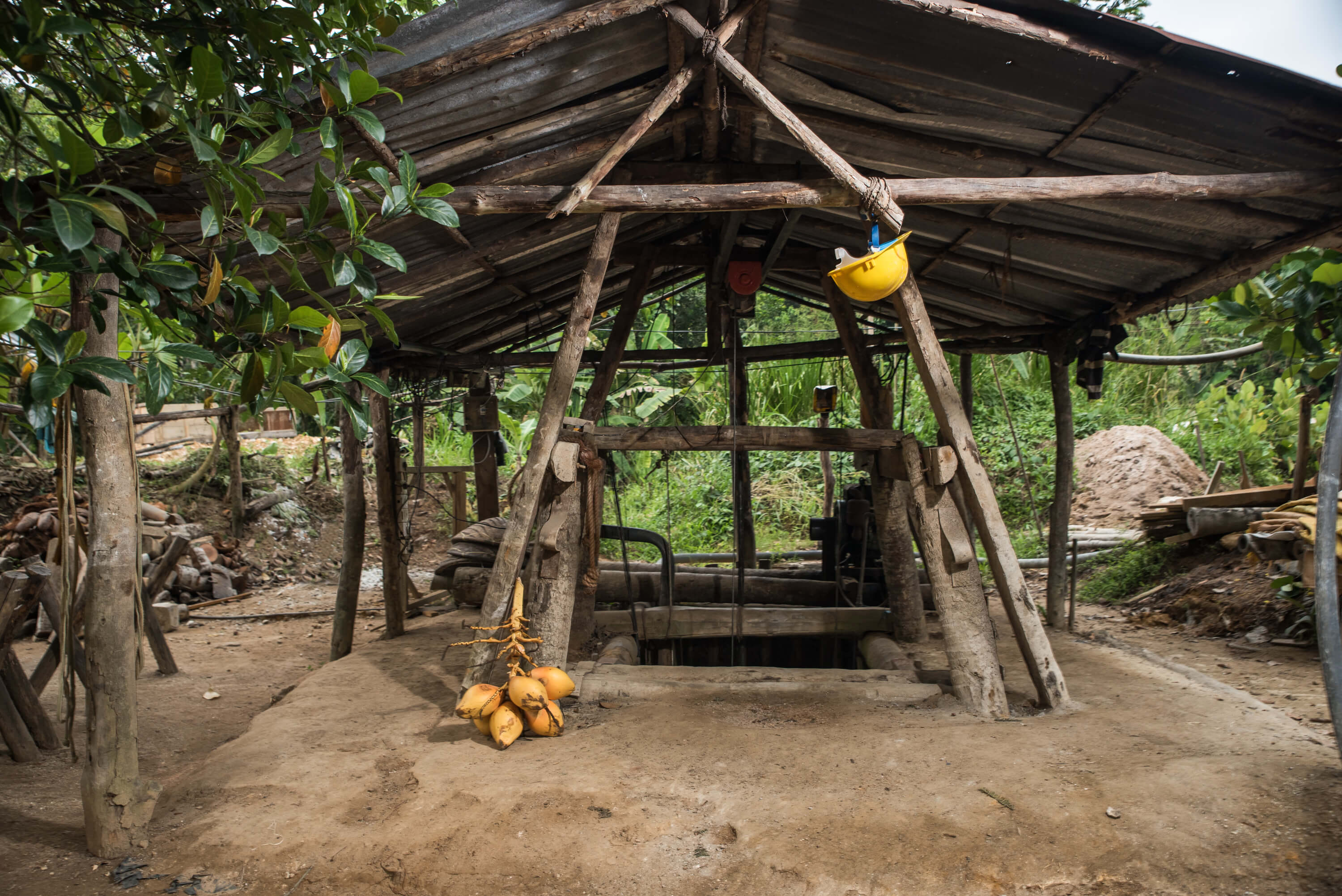 There are different types of mining from industrial mining, which is technical and focused on large mining areas to small-scale mining by small cooperatives called 'artisanal' mining. Depending on the country of origin and the raw material mined, mining conditions vary greatly. It is crucial to know how mining differs. Any form of mining is an intrusion on nature. However, there are ways to do it with minimal environmental impact.

Manual mining of gemstones in small-scale mining is the most suitable form for this purpose. However, small-scale mining in many countries also brings dependencies and difficulties for the people and nature. The question is how to practice small-scale mining in a resource-saving and environmentally friendly manner. Sri Lanka is considered a model for sustainable mining worldwide. Learn here how the extraction of gemstones, especially sapphires from Sri Lanka, can be done in harmony with nature and what conditions and efforts are needed to achieve this.

What is the difference between industrial mining and small-scale mining?

Industrial mining experienced a worldwide boom around the 2010s in the wake of increased prices for raw materials on the world market. It had already been one of the fastest growing economic sectors in the Global South since the 1990s. Many governments, encouraged by international financial institutions, are placing enormous hopes on mining as an engine for economic development. Industrial mining involves formalized mining projects by commercial enterprises that employ large numbers of people in addition to high inputs of capital and technology. Overall, the sector is capital-intensive and not very labor-intensive.

The major problem with industrial mining in developing countries is that it is often a modern form of colonialism, where the raw materials are extracted and no value is created for the people in the country of origin. In a few countries, such as Sri Lanka, this is forbidden, as mining is only allowed in joint ventures with local partners, and there is an export ban on uncut gemstones.

This contrasts with small-scale mining. Small-scale mining is the extraction of mineral resources using simple, non-industrial methods. Small-scale mining, in which the mining work is done only manually, is also known as artisanal mining. This form of mining is very labor-intensive and can be done with minimal investment. In most cases, there are very many small mining cooperatives, with few employees, which are not centrally organized in a mining region, are not interrelated, or are anchored in formal company and organizational structures.


What are the risks of small-scale mining worldwide?

Despite the considerable development potential, small-scale mining is associated with risks, some of which are considerable. The production of mineral raw materials is often inefficient and occasionally takes place using environmentally harmful and toxic chemicals. Small-scale miners rarely have employment contracts or prospecting licenses, so they are not formalized. They often work in a self-organized manner or under the control of local patrons, sometimes illegally. Raw materials in small-scale mining are occasionally extracted with disregard for labor, children, or women rights.

However, one must clearly distinguish in which countries the mining takes place, as standards and practices vary widely. There are also crucial differences in how the mining of, for example, precious metals, minerals, or gemstones takes place. For this reason, one must take a differentiated look at the respective raw material, the country of mining, and the general conditions on-site.

How can small-scale mining structures be improved?

In parallel, the organizational structures of small-scale mining stakeholders are strengthened through the formation of mining cooperatives, and further support services are provided to improve operations, such as advice on more effective mining operations and the introduction of environmental and social standards, among others.

Assuming government-regulated small-scale mining with fixed standards and rules, small-scale mining has less impact on the environment and nature. Manual work by hand is more environmentally friendly than the use of machines, as there is less impact on soil, air, and water. However, it also depends on what materials are used in mining and whether re-naturalization takes place. The use of purely natural raw materials is the best way, together with reforestation after the end of mining.

How are sapphires mined in Sri Lanka?

Traditional small-scale mining under government supervision and control generally causes less damage to the environment and a reduction in the wastage of scarce natural resources. This is the most sustainable form of gemstone extraction for local people today and in the future. Therefore, mining is done using traditional and sustainable methods and deliberately designed to have a small mining area and limited shafts or pits. Most mining tunnels in Sri Lanka can be thought of as relatively small vertical shafts. Mining is based solely on muscle power without the use of machinery.

Many mining license holders have several traditionally managed mine pits on their land. A pit mine consists of a vertical shaft two meters by four meters. When the gem veins are deeper and in harder bedrock, miners usually dig a two-by-two meter square or round pit. The depth can be up to 50 meters, with most pits ranging from 5 to 25 meters.

In Sri Lanka, typically several people are involved in a mining project. The landowner, the owner of the mining license, and a person who does the operational mining and provides the equipment such as a water pump for mine drainage with his miners. They all receive a share of the proceeds from the sale of the gems discovered. Social responsibility and employment of local mining families is the key to a successful joint-venture that considers ethical processes and treats the people involved in mining fairly.

Why Sri Lanka is a role model in eco-friendly gemstone mining?

Mining in Sri Lanka has grown over the millennia, a living mining tradition in which the mining practices have been improved over history. In addition, mining has been increasingly regulated in recent decades, and uncontrolled mining is almost non-existent. Decisive for this is the strict state rules and controls in mining as well as the process for obtaining mining licenses and the ban on exporting rough stones.

Small-scale mining is carried out as shaft and pit mining in small corporations. There is no child labor in mining in Sri Lanka and the gems are conflict-free. Artisanal mining is done by hand without the use of machines. It is physically hard work that is firmly rooted in Sri Lankan tradition. Mining in Sri Lanka is environmentally friendly and sustainable for people and nature due to traditional mining without the use of machines. The construction of the mine tunnels is made of natural materials from the region and follows proven traditional methods, as the safety of the miners is paramount.

Compared to gemstone mining in other countries around the world, there are no unused, abandoned shafts or pits, as it is required by law to re-naturalize the land after mining is complete. The national mining authority requires a security deposit at the time of license issuance to reclaim the used land area if this is not done by the licensee. In Sri Lanka, environmental protection plays an important role compared to other Asian, African, or South American countries. Sri Lanka sees its gemstone deposits as a gift of nature combined with gratitude. This natural treasure must be protected and safeguarded for future generations.

Of all developing countries in the world today, Sri Lanka has perhaps created the best framework for sustainable and controlled mining and is suitable as a model for how gemstone mining can be achieved in small-scale mining in a way that conserves resources and is in harmony with people and nature.

How to mine sapphires eco-friendly?

Ceylons specializes in small-scale sapphire mining in Sri Lanka together with local partners. Government rules in Sri Lanka are very strict when it comes to owning land, mines, and mining licenses. Foreigners are only allowed to own shares; sole ownership is not possible. For this reason, mining is always carried out in joint ventures. Traditionally, all persons involved in mining (miners, mine licensees, landowners, etc.) have a fair share of the revenues generated from the discoveries, just like shareholders in a company.

We employ only high skilled miners from the mining regions in finding sapphires. Our shaft and pit mines are operated using traditional practices, as this is the safest and most sustainable form of mining - advanced for centuries and successfully practiced for generations.

Artisanal mining is of course physically demanding, with no machinery at all, using only picks, shovels, spades, and baskets. This way of mining has grown historically and is culturally rooted. Our miners are very proud of their work and see it as a vocation to be allowed to search for one of the rarest and most valuable natural resources and, in addition to a fair basic salary, to participate directly in the discoveries.

We have introduced far-reaching occupational health and safety regulations for our miners. On one hand, safety when going down into the mine tunnels, on the other hand, the wearing of work protection in the mine, and, last but not least, simple technical solutions that make work safer and, at the same time, easier. We have created good working conditions through work structures and clear organization. Of course, it is important to be in regular exchange with our mine workers about what can be improved, in line with Sri Lanka's traditional mining and national rules.

Sustainability and mining can be reconciled. Small-scale mining manual labor in small cooperatives is the most environmentally sustainable form when mining gemstones. Government regulation of mining and its monitoring and control is important. Standards for sustainable mining go beyond this and create concrete improvements for the miners and the mining regions. Shaft and shallow pit mining have a minimal impact on the environment. Occupational health, safety, and organization, as well as fair pay, are the keys to achieving ever-greater improvements with local people in the countries where the gems originate. Sri Lanka has managed to make gemstone mining more sustainable, and gemstone producers like Ceylons have also undertaken several other changes in mining conditions to ensure sustainably mined Ceylon sapphires 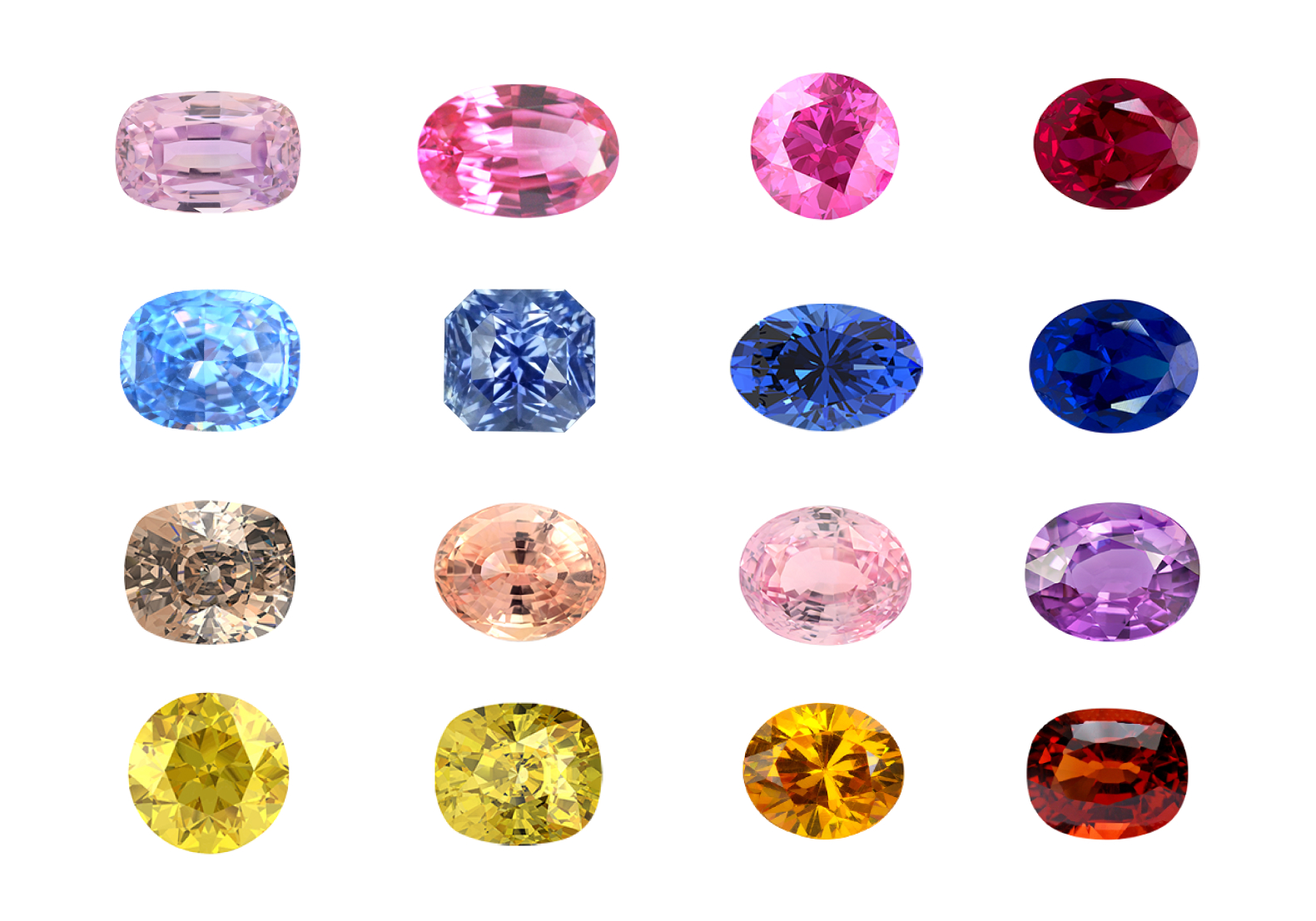 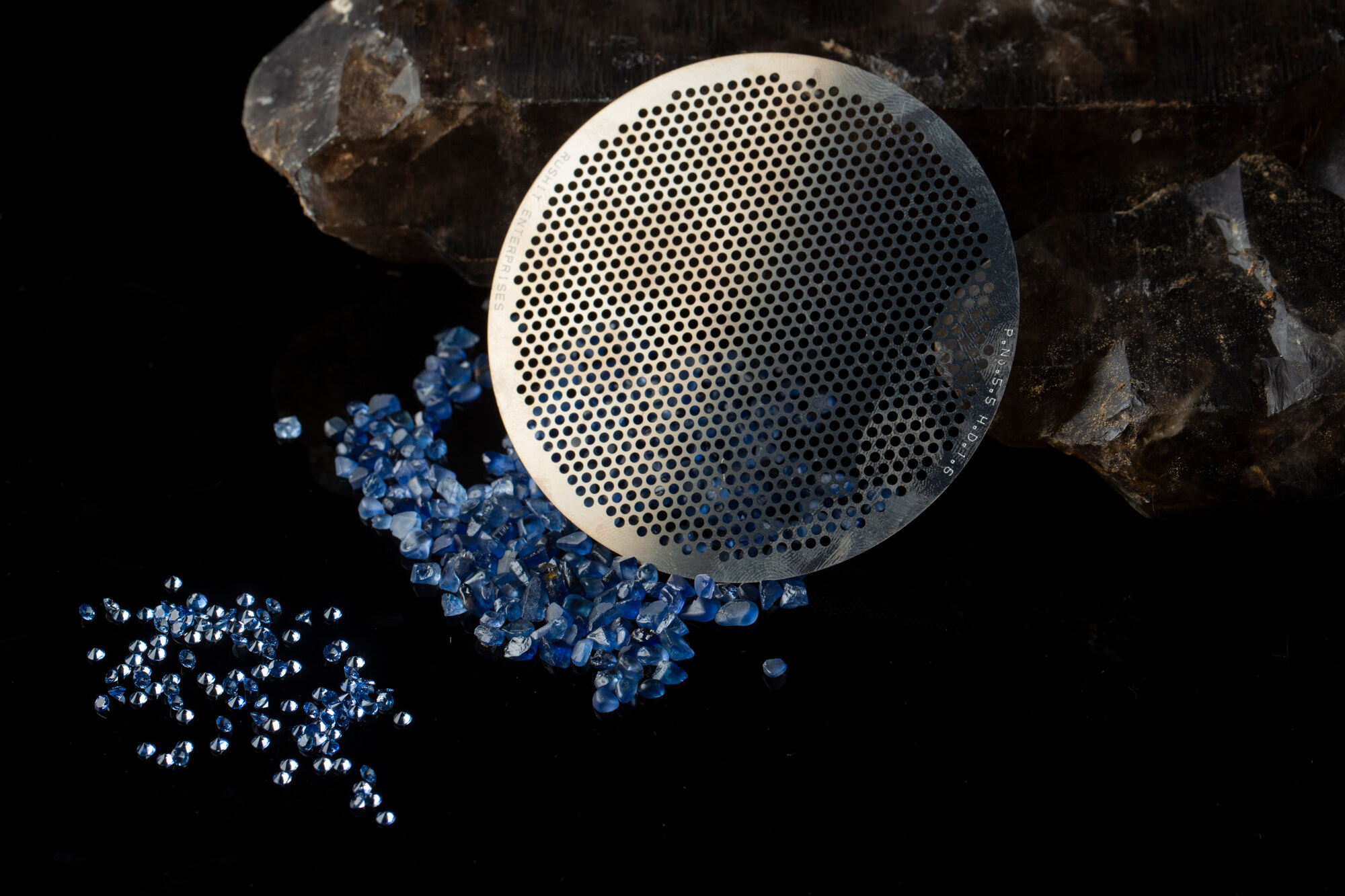